Here in this article, we have added the upcoming web series and Tv Shows of some popular platforms such as Amazon Prime, Zee5, Netflix, Hotstar, and more. The Indian media of web series has become more loved by viewers. Most of the content creating platforms have become so popular amid lockdown. 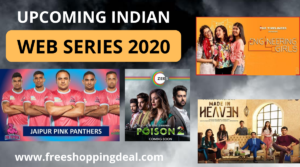 in view of the same, we have brought here the upcoming web series list for the Indian audience. Not only in Hindi, but the said platforms have also started investing in regional content.

If you are really interested in web series here we have added a list of the upcoming, Action, Comedy, Romance, Thriller, Horror, and Drama categories which you must check out once. Hereby we have summed up a list carrying the best Indian series, movies coming in the year 2020 & has been featured Airing Platform wise list. 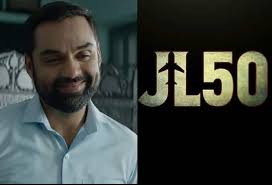 JL 50 is a Supernatural Web Series that will be available on Sony Liv in September 2020. 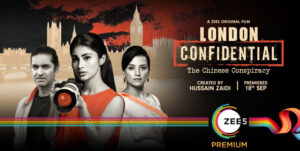 Zee5 has recently announced about the upcoming a Spy thriller web series named London Confidential, which will be released on 18th September 2020. Mouni Roy and Purab Kohli will be seen in the lead roles whereas Kulraj Randhawa, Sagar Arya, Parvesh Rana, Jas Binag, Diljohn Singh, and Kiren Jogi will be featured in supporting roles. 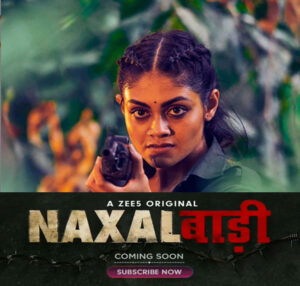 One more series being added to the list by Zee5 is Naxalbari where an STF agent is sent to a secret mission to uncover the truth behind a Naxal uprising. This web series will be released in September 2020. 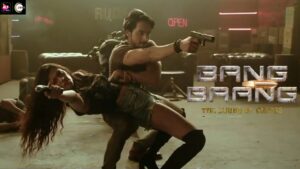 4. Bang Bang: The Sound of Crimes

Alt Balaji and ZEE 5 have recently announced their new action thriller web series ‘Bang Bang’. To be believed, ‘Bang Bang’ is going to be full of action, adventure, murder, mystery, drama, and thrills. 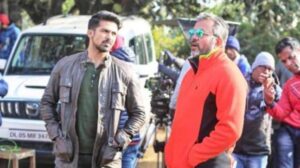 The crackdown is an upcoming web series on Voot, this is directed by Apoorva Lakhia. Voot is reportedly gearing up to release a new espionage thriller series called Crackdown this August 2020. No first look or teaser has been revealed yet. 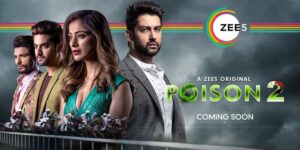 Poison 2 is an Indian Hindi crime thriller web series directed by Vishal Pandya and produced by Panorama Entertainment & Bombay Media Works. Its release date used to be 30 April 2020, but due to the Covid-19 virus is now in October. 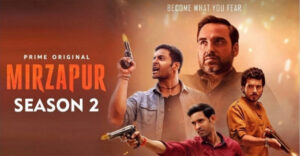 After a successful season one, the gangster drama is set to return with its second season in 2020. It revolved around drugs, weapons, and lawlessness. It represented gangster rule and crime prevailing in the Purvanchal region of Uttar Pradesh. 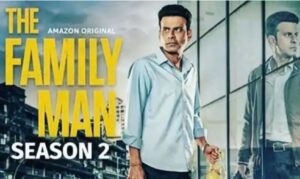 The first season of the Manoj Bajpayee series The Family Man had a suspenseful ending. Now, the public eagerly awaits the second season of the show. It will be a quite different experience from the previous one. Srikant Tiwari will again face some very difficult challenges in his life and career in season 2. 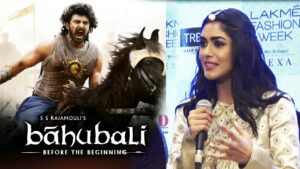 9. Bahubali Before the Beginning

Baahubali: Before the Beginning is an upcoming web series, which based on Anand Neelakantan’s 2017 novel The Rise of Sivagami, and this web series streaming on Netflix original. 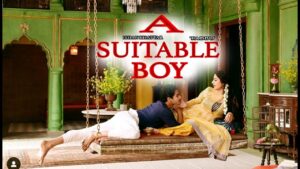 A Suitable Boy is an Indian web series, which written by Andrew Davies, adapted from the novel of the same name by Vikram Seth. The drama directed by Mira Nair. The Series follows the story of spirited university student Lata (played by Maniktala), coming of age in North India in 1951.

Release date: July 26th, currently playing on BBC One, will be available on Netflix soon. 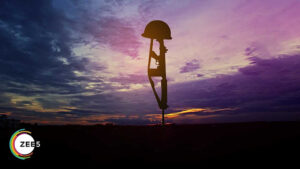 Amit Sadh, Amrita Puri, and Sushant Singh are all set to star in the upcoming Zee5 series Zidd. The original series will be directed by ad filmmaker Vishal Mangalorkar and produced by Boney Kapoor, Arunava Joy Sengupta, and Akash Chawla.

Zidd is the story of a couple whose never-give-up attitude helps them overturn various impossible situations and impediments. The series includes action sequences and Army missions. 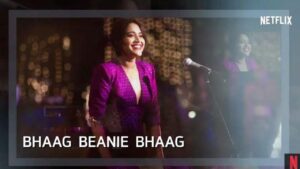 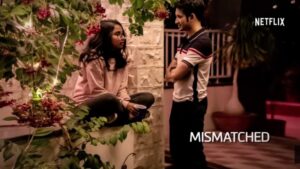 Mismatched is an Indian web series, which Directed by Akarsh Khurana. This web series streaming on Netflix. 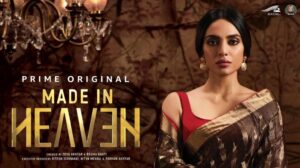 The second season of Made In Heaven will be out this year on Amazon Prime Video. The first season reflected the lives of modern luxury Indians, narrated through the eyes of two wedding planners (Sobhita Dhulipala and Arjun Mathur), in the context of quintessential weddings in Delhi. Zoya Akhtar who co-created Made In Heaven with Reema Kagti, confirmed the second season on Instagram.

Kaali Khuhi is an original A Punjabi (Black Well) movie that will be released on Netflix this year. Kaali Khuhi directed by Terrie Samundra. It is based on the story of infanticides and mysterious deaths of residents of a village in Punjab 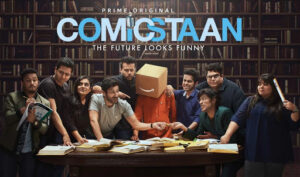 The Comicstaan reality web series has been renewed for the third season. The web series has the country’s popular comics looking for new talent in the field of stand-up comedy.

Zakir Khan, Tanmay Bhat, Biswa Kalyan Rath, Kanan Gill, Kenny Sebastian, Sapan Verma, Kaneez Surka, and Naveen Richard, among others, have been the judges and mentors in the web series. 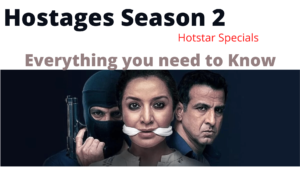 After a successful first season, the streaming platform will return with the second season of Sudhir Mishra’s hostages, starring Tisca Chopra and Ronit Roy. Since the first season did not have a suspenseful ending, and the narration was completed at the end of the last episode, the creators probably have another intriguing story to tell the audience. 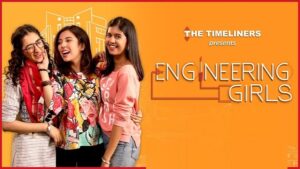 The hit Timeliner series is back with another season in which the friendship of four girls from an engineering university: Maggu, Sabu and Kiara take the next step and they go through the difficult times of placement on campus together.

The show stars Sejal Kumar, Kritika Awasthi, and Barkha Singh, among others. This show will be released in 2020. 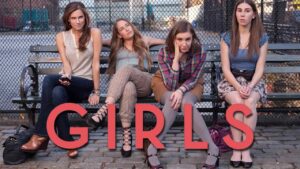 Hannah forges ahead in her career and begins seeing someone new, while jessa, marnie, and Shoshanna makes strides of their own in season 2 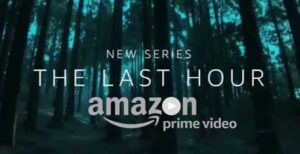 Mindhunter’s Asif Kapadia is back to fame, this time with a supernatural thriller up his sleeve. The Last Hour, set in a quiet hill station in the Himalayas in a sandy spectacle. It stars Sanjay Kapoor and Raima Sen as the main characters.

The crew for the show includes producers Amit Kumar, Anupama Minz, and Kapadia. 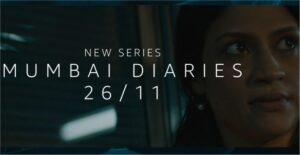 We all watched in quiet horror as the terror attacks on Mumbai of November 26, 2008, played out live on television. Now the harrowing tale is being told again, this time from the lens of Nikhil Advani.

The new series will be live on Amazon Prime Video. 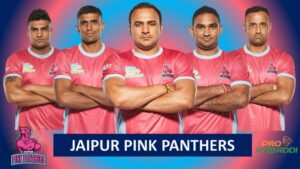 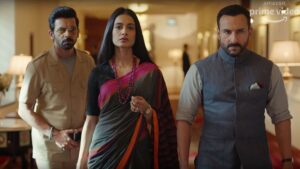 Actor Saif Ali Khan is not on board about the title choice for his upcoming Amazon Prime Video Original series Dilli. He says the title should be something sexier.

Dilli web series will be marking the presence of some prominent actors of the industry, which further makes the viewers look forward to it. 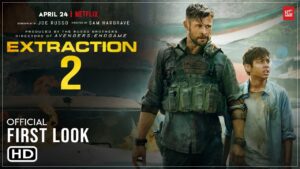 Extraction 2 confirmed by Joe Russo has signed on to write a follow-up to the hit Netflix movie Extraction 10 days after the movie’s release.

Bombay Begums is an upcoming web series, which Written and directed by Alankrita Shrivastava, of Lipstick Under My Burkha fame, Bombay Begums is about five women across generations who work in the banking sector. The story chronicles their lives as they take charge of their lives and redefine ambitions and politics of power in the world of banking. 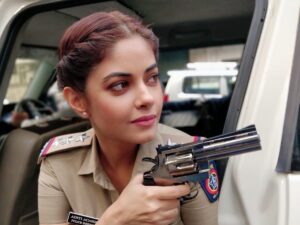 Kamathipura is an upcoming Amazon Prime web series, This web series is based on the red-light district of Mumbai, Kamathipura. starring Meera Chopra as Cop Tanuj Virani, She plays the role of antagonist. As per reports, Chopra’s character investigates a series of murders that occur in this part of the city. 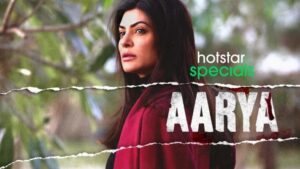 Actress and former Miss Universe Sushmita Sen had made a come back with Disney Plus Hotstar web series “Aarya”. Now director Ram Madhvani and Bollywood actress Sushmita Sen made an announcement that they will be coming back with its second season. 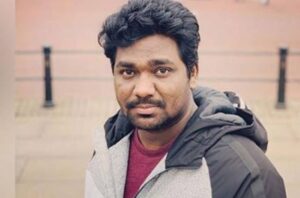 Amazon Prime will be releasing four shows by Zakir Khan this year. These include three comedy specials (including one called Tathastu) and the second season of his popular show Chacha Vidhayak Hain Humare. Here’s the announcement video.

That was the list of all Upcoming Web Series on popular platforms like Amazon Prime Video, Netflix, Hotstar, Zee5. Hope you liked this article, share it with your friends, and also let them know about the Upcoming Thriller, suspense, Romance, Comedy, Crime web series.

we also post exclusive tips, tricks, offers, and deals in our Telegram channel. I hope you are a member there too. If you have not yet joined have a look once and become a member of our happy family.

If you have a query you can comment below, team FSD will revert as soon as possible.

© FreeShoppingDeal 2019-2021 | Designed by Haresh Hadiya | All Rights Reserved | All Content Trademarks & Logos Are Copyright Of Their Respective Owners.